In Rare Cases Zika May Be Passed Through Tears or Sweat

At the Foundation Fighting Blindness where Louis Kreisberg is the CEO, the latest research into eye disease is supported in the hopes of finding cures. Other issues of interest to scientists are the causes of eye diseases, how they are contracted, and how their spread can be minimized or halted altogether.

In this vein it is of interest to investigate what illnesses can be contracted through contact with tears. The Zika virus has recently been in the news as an illness that is transferred through mosquitoes. But in a letter to the New England Journal of Medicine there was a discussion of an unusual case of the death, in the United States, of a patient with Zika, and how a second patient may have caught the illness from contact with either the patient’s tears or sweat.

The person who died was a 73-year-old man who was the first known death in the US from Zika. He first began to show symptoms of the illness after returning to the US from a trip to Mexico, a place known to have Zika. The second person is a 38-year-old man who came to visit the first man in the hospital. He reported that while he was visiting the first man he had wiped away his tears and assisted the nurses to move him into a more comfortable position on the bed.

About a week after the first man died the second man developed water, red eyes, a common symptom of Zika. After testing for the virus, it was clear the man did, indeed, have Zika. Luckily he recovered with only mild symptoms developing.

The letter in the NEJM discusses two mysteries: Why did the first man die, since deaths from Zika are quite rare; and how did the second man contract the virus? The letter suggests that perhaps unusually high levels of Zika in the first man’s blood explained both the death and the possibility of infected sweat and/or tears.

Getting your financial house in order can be a big, confusing job. It is no wonder many people seek the services of financial professionals to help them sort out all the details and avoid making mistakes. Choosing a financial planner can also seem a daunting undertaking. Here are some tips on how to pick a financial planner that works best for you.

There is a spectrum of professional which offer services, from those who provide advice to those with little or no savings to professional who help people with savings, who want to play a minimal role in the day-to-day activities of their client’s financial lives. Most people need someone who falls somewhere within these two extremes.

Some people might benefit highly from a ‘financial coach.’ A coach works closely with someone who needs to improve their fundamental financial habits “to change their behaviors around money.” Think of a financial coach as similar to a personal trainer who helps their client get out of debt, understand their emotions about money, and then free them to overcome their obstacles to good financial management.

On the other end of the spectrum are financial advisors who simply provide services which are mostly hands-off and transactional or product-focused.  A broker or somehow who manages a portfolio. They might meet with their clients once per quarter, just to keep them updated about how their assets are performing.

Financial planners’ services fall somewhere in between the services provided by either coaches or advisors. Planners often analyze their clients’ entire financial life from cash and debt management, insurance, investments, tax and estate planning. One expert described financial planning as “a disciplined process to clearly define financial goals, gather information about resources available to meet those goals, and developing a plan to achieve them.”

Posted by Louis Kreisberg at 1:49 AM No comments:


Watch this video which describes the important research supported by The Foundation Fighting Blindness, where Louis Kreisberg is the CEO. Through the developing techniques of gene therapy, the hope to cure disease and end blindness can be realized.


Posted by Louis Kreisberg at 12:39 AM No comments:

Grandparents and Planning for College 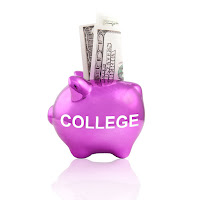 Over the past ten years saving for college has become much more of a priority for families, therefore planning for this expense is on the rise. In addition, as the price of a college education continues to soar, so does the need to plan accordingly.

Today about 72 percent of American families are saving for their children’s education. That is an increase of 24 percent since back in 2007, the first time Fidelity Investments published its College Savings Indicator Study. Also, about 41 percent of families save in a dedicated college savings account like a 529 plan. That is over a 62 percent increase over the last ten years ago.

The strong desire to see children go to college has not been supported by grandparents who are high net-worth individuals. According to Fidelity’s 2016 study, only about 40 percent of high net-worth grandparents are contributing to the college savings plan of their grandchildren, even though they have stated that they are willing to support the endeavor when the time arrives.

When high net-worth grandparents help out with their grandchildren’s college education it can mean the grandchildren can graduate with less debt, and/or start saving for retirement sooner.

“It’s not surprising to learn that the majority of grandparents have yet to discuss college gifting with their children or grandchildren, despite both a strong desire and the financial ability to assist with higher education,” said Chris McDermott, senior vice president, Private Wealth Management at Fidelity Investments. “These conversations can be challenging on a number of levels, both from a relationship perspective as well as a financial and tax planning perspective.”
Posted by Louis Kreisberg at 4:54 AM No comments:

New Research on the Effect of Internal Astigmatism

In those people who have myopia (are nearsighted), their lens does not compensate for growth of the eye, or other changes in the eye’s structure. That is the determination of a long-term follow-up study which appeared in the September issue of Optometry and Vision Science.

This study helps to clarify whether and/or how the lens, or other eye structures change as a response to focusing abnormalities, particularly abnormalities caused by the irregular shape of the eye, known as astigmatism.

The study, reported by the Foundation Fighting Blindness, where Louis Kreisberg is the CEO, examined 367 people with myopia over 14 years. During that time the subjects’ eye structures were carefully measured and assessed for focusing error. This data was compared to one-time measurements in a matched group of 204 subjects without myopia.

The researchers were looking for any changes in the “internal astigmatism” of the eye over time.


"Clarity of vision is determined by the precise shape of the eye and coordination of several optical components that must all be perfectly balanced to provide proper focus. A longstanding question is how the eye adapts and controls its shape to deliver correct focus as it grows from birth to adult dimensions," explained the editor-in-chief of Optometry and Vision Science, Michael Twa, OD, PhD.

Although the new study does not explain the sources of internal astigmatism, the data does not support the theory that the lens plays any active role in compensating for astigmatic defocus of the eye.

Posted by Louis Kreisberg at 3:05 AM No comments:

Estate Planning Basics: A Will and Updated Beneficiaries

The most important part of estate planning is having a will, say experts like Louis Kreisberg, Principal, Pioneer Wealth Partners. Unfortunately, over 50 percent of Americans die without one, resulting in leaving it up to a state court to decide how to distribute any assets you may have accumulated over your lifetime. If you have children, who cares for them will also be left up to the state courts.

If you have a desire to leave your assets to someone who is not your closest blood relative, or to an organization you support, the courts will not know, and your will not be done.

"Everyone should have a will," says one expert. "It allows assets to go to beneficiaries you name. And if you have children who are minors, it names a guardian, which is extremely important."

Another key aspect of estate planning is keeping the beneficiaries on your individual retirement accounts, 401(k) plans and life insurance policies up to date. Your bank accounts should also have a designated beneficiary.

"As people go through different milestones in life, they need to change their beneficiaries. If you had your parents listed and then you get married, those assets go to your parents. The beneficiary trumps any other estate planning you do."

Posted by Louis Kreisberg at 1:18 AM No comments:

Every year in the United States about 2,500 people are diagnosed with uveal melanoma, which arises
from the pigment cells in the eyes which determine their color. Clinical data in the past pointed to a correlation between this disease and Caucasians and those with light eye color, but the genetic path for this phenomenon has not been studied previously.

A new study conducted by doctors from Ohio State University Comprehensive Cancer Center and the Perlmutter Cancer Center of the NYU School of Medicine, and reported by the Foundation Fighting Blindness with Louis Kreisberg, CEO, showed a strong association between genes connected to eye color and the onset of uveal melanoma.

"This is a very important discovery that will guide future research efforts to explore the interactions of these pigmentary genes with other genetic and environmental risk factors in cancers not linked to sun exposure, such as eye melanoma. This could provide a paradigm shift in the field. Our study suggests that in eye melanoma the pigmentation difference may play a direct cancer-driving role, not related to sunlight protection," says Mohamed Abdel-Rahman, MD, one of the scientists exploring the issue.